Since we are leaving in 3 days, Chris and I are coming to the end of our farewell party season.  As per tradition, we have received many heartfelt gifts prior to our departure.  Some of the gifts are incredibly sweet.  Others have made me laugh…a lot.  Here are some trinkets that I’ll always treasure.

While in China, Chris became somewhat of a steel expert.  So for his parting gift, his colleagues hot glued his farewell card (that was actually a birthday card) on a steel plate.  The messages inside were very sweet, but this is the heaviest card I’ve ever seen.  Apparently his colleagues didn’t want him to forget his time working with steel. 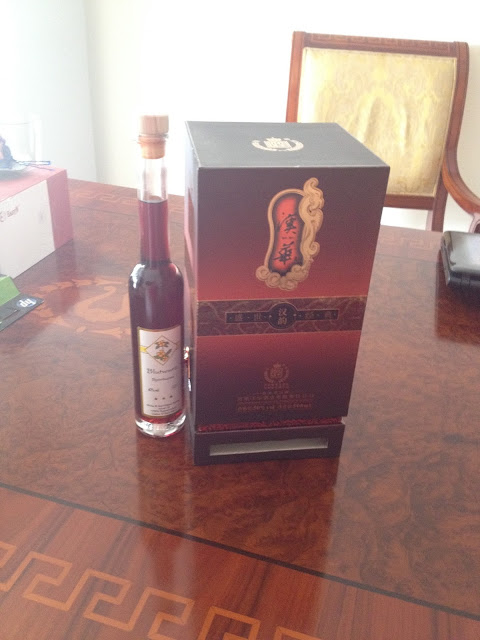 Apparently in Chris’ company (and in many parts of China), it is the custom to give the person departing alcohol from the gift giver’s homeland.  Hence his bosses gave him Schnapps.  This isn’t the cherry pucker we drink in the US, this is super hard hooch that kind of burns going down.  Chris in return gave them some Kavalan Whiskey from Chicago.  Here’s some footage of his going away dinner speech. 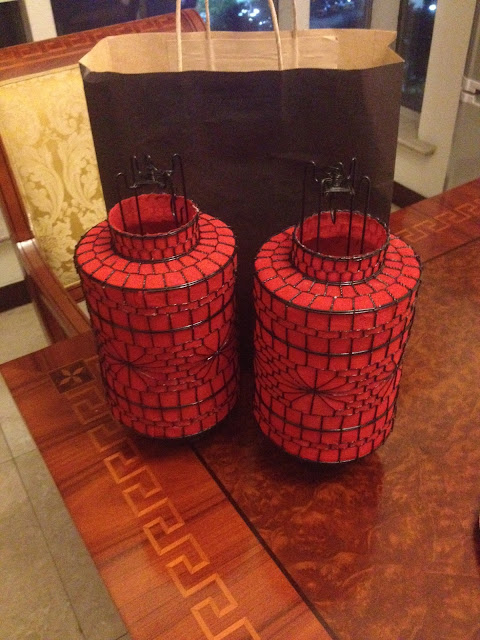 At Chris’ going away dinner, his boss gave me these beautiful red lanterns.  Why me and not Chris?   Because,
“It is important for every expat man to have a supportive wife at home.  He needs someone who can run the house and help him handle the stress at work.”

Mwahahahaha!  I love the lanterns, and look forward to hanging them in my yard! 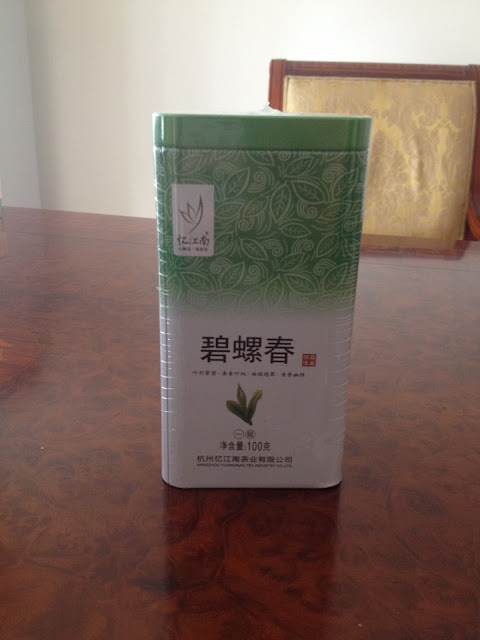 Sophie, my Chinese teacher, gave me a lovely tin of green tea.  She thrust it in my hand and said, 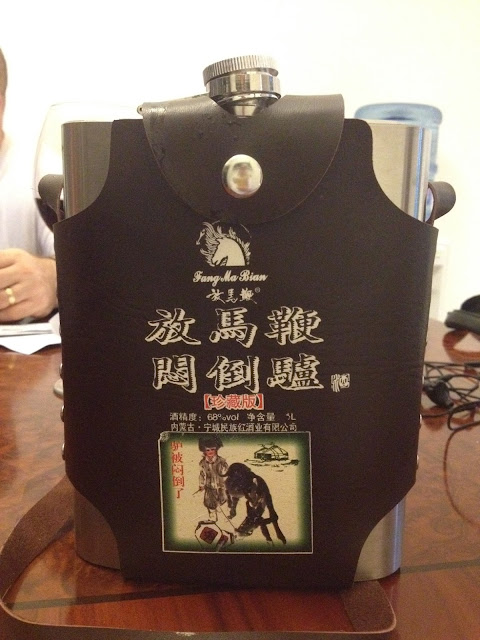 As I have mentioned before, baijiu is a clear, Chinese grain alcohol that is pure evil.  It tastes like liquid feet, and burns when you swallow it.  I think every expat needs to try it once, just so they can say they have experienced extreme misery.

One of Chris’ colleagues gave him a large, metal canteen of baijiu with a picture of a dead donkey on the front.  Chris asked his colleague,

“So why is there a picture of a dead donkey on the bottle of baijiu?”

“If you feed a donkey this baijiu, it will die.”  The man then gave a maniacal laugh.

Um…thank you?  BTW, did I mention WORST beverage EVER! 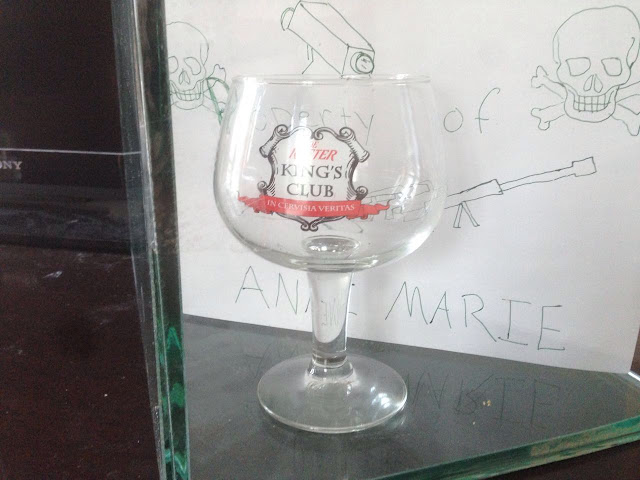 When Chris made his second relocation trip to Shanghai, he met another Purdue alum that ran a beer bar called DeRefter.  This alum became one of our closest friends in China.

When we first arrived in China, DeRefter had a challenge.  If you drank 50 of their different beers (NOT AT ONCE MOM), you would become a member of their King’s Club. Once you were a member of the club, you got your name put on a plaque, and you got a special goblet that could be used during every visit.  I am proud to say with much help from my husband, I met the challenge!    (FYI it took me about 11 months to finish.)

Unfortunately, the owner was bought out and the Kings Club program was discontinued.  My goblet went missing.

Last Saturday our friend gave me my goblet trophy as a parting gift!!! 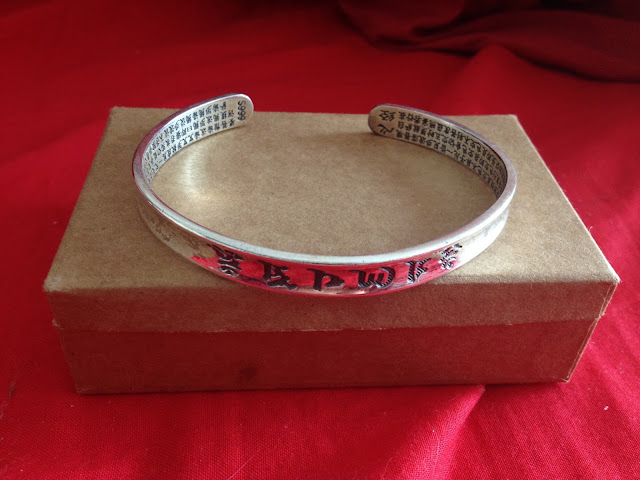 At our first going away party where I learned to play mahjong, my colleagues gave me a beautiful silver bracelet.  On the outside it contains a Tibetan quote, and on the inside, it has a Buddhist blessing inscribed.  My friend handed it to me and said,
“We know you are Christian, so maybe you can give it to a Buddhist friend.”

I am Catholic, but I will gladly accept blessings from any religion and will reciprocate with Christian blessings.  Heavens knows I need them during this time of transition.

Thank you so much for your gifts my friends!!!  You will be greatly missed!!
Posted by Anne-Marie at 1:18 PM