An American Girl Down Under: Brisbane

After a crazy two and a half days in Sydney, Chris and I hopped on a plane to Brisbane.  I had one mission in Brisbane…I wanted to hold a koala.

We arrived in Brisbane around 8:00 am, so we had a little time to kill before we could check our bags in our hotel room.  Stop number one was toast and Diet Coke at the Brisbane Marriott.  I was so excited to finally try Vegemite! 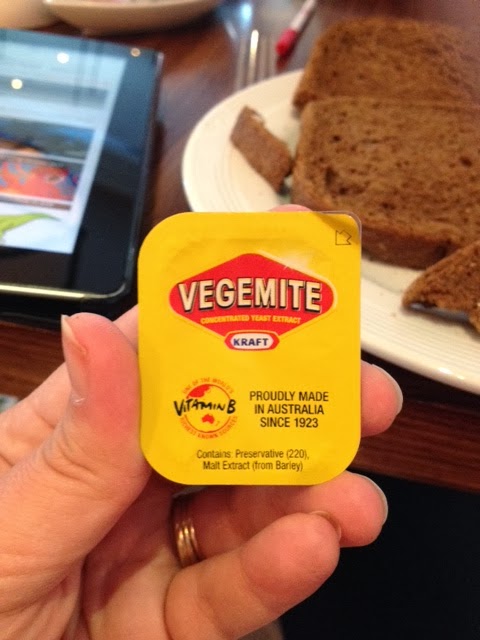 Vegemite is God’s way of showing us he has a sense of humor.  This malt and barley spread tastes like tar mixed with day old beer.  (I have never eaten tar or drank day old beer, but if I did it would taste like this brown goo.)  I think it was quite possibly one of the most disgusting things I have ever consumed. 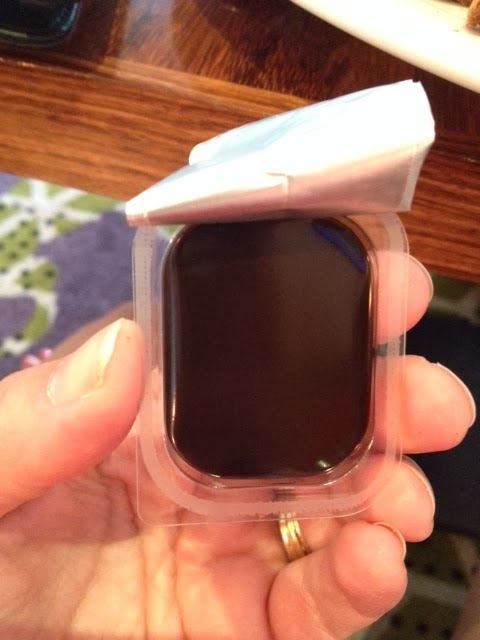 After we settled in, we headed to the Queensland to check out what Brisbane had to offer museum wise.  We first visited the Afghanistan Hidden Treasures exhibit at the Sciencentre.

Before the war in Afghanistan escalated, some wise folks had the foresight to hide artifacts from the National Museum in Kabul so precious relics would not be ruined. 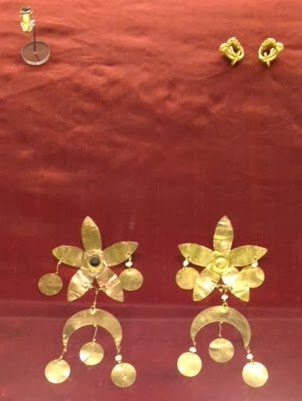 I was amazed they were able to protect the gold!  Some of the pieces were breathtaking. 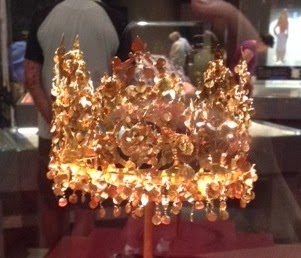 After our day at the museum campus, we took a ride on the Eye of Brisbane.  This colossal Ferris wheel provided a great view of the city. 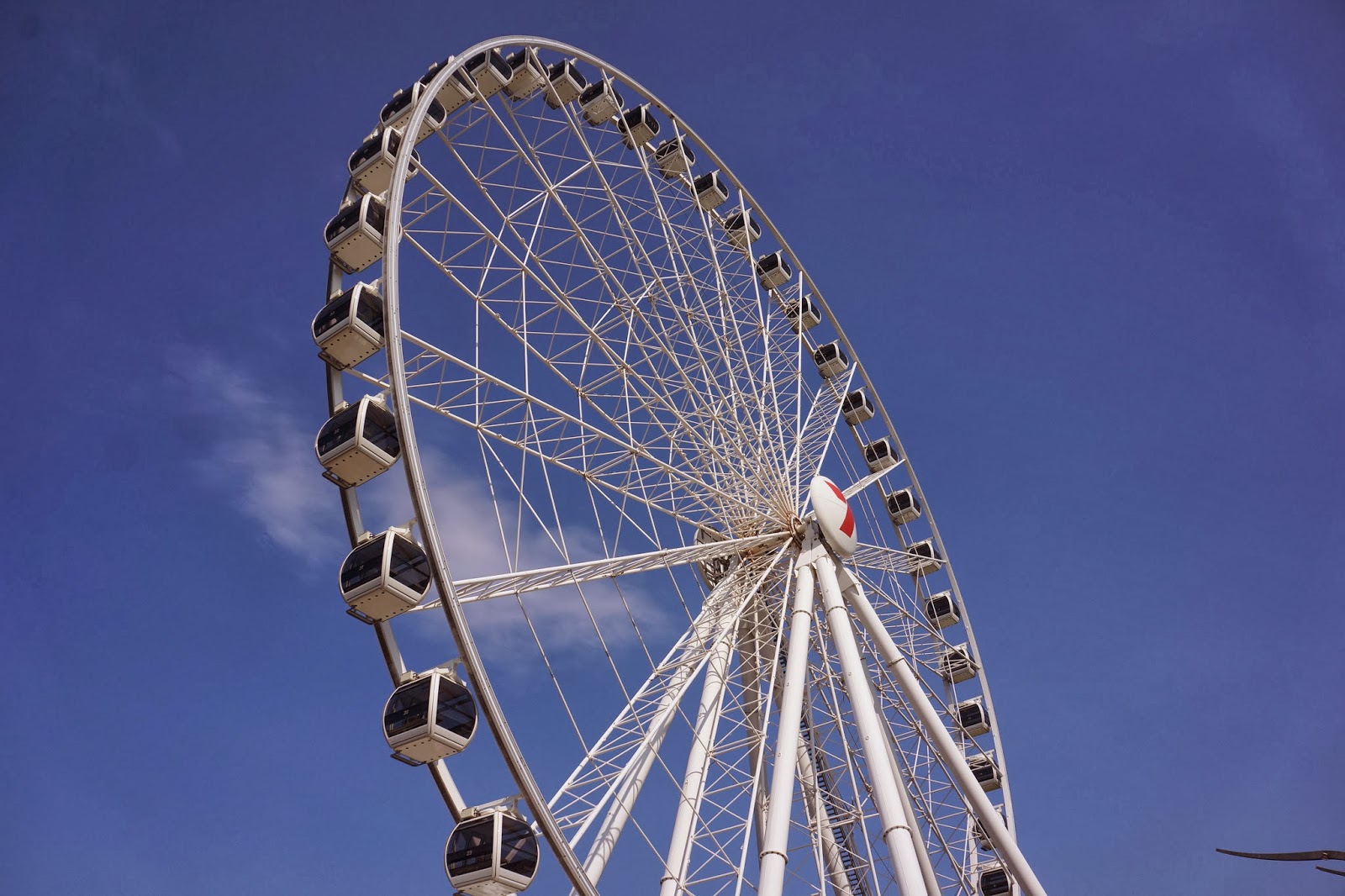 The next day we took a cruise to the Lone Pine Koala Sanctuary. 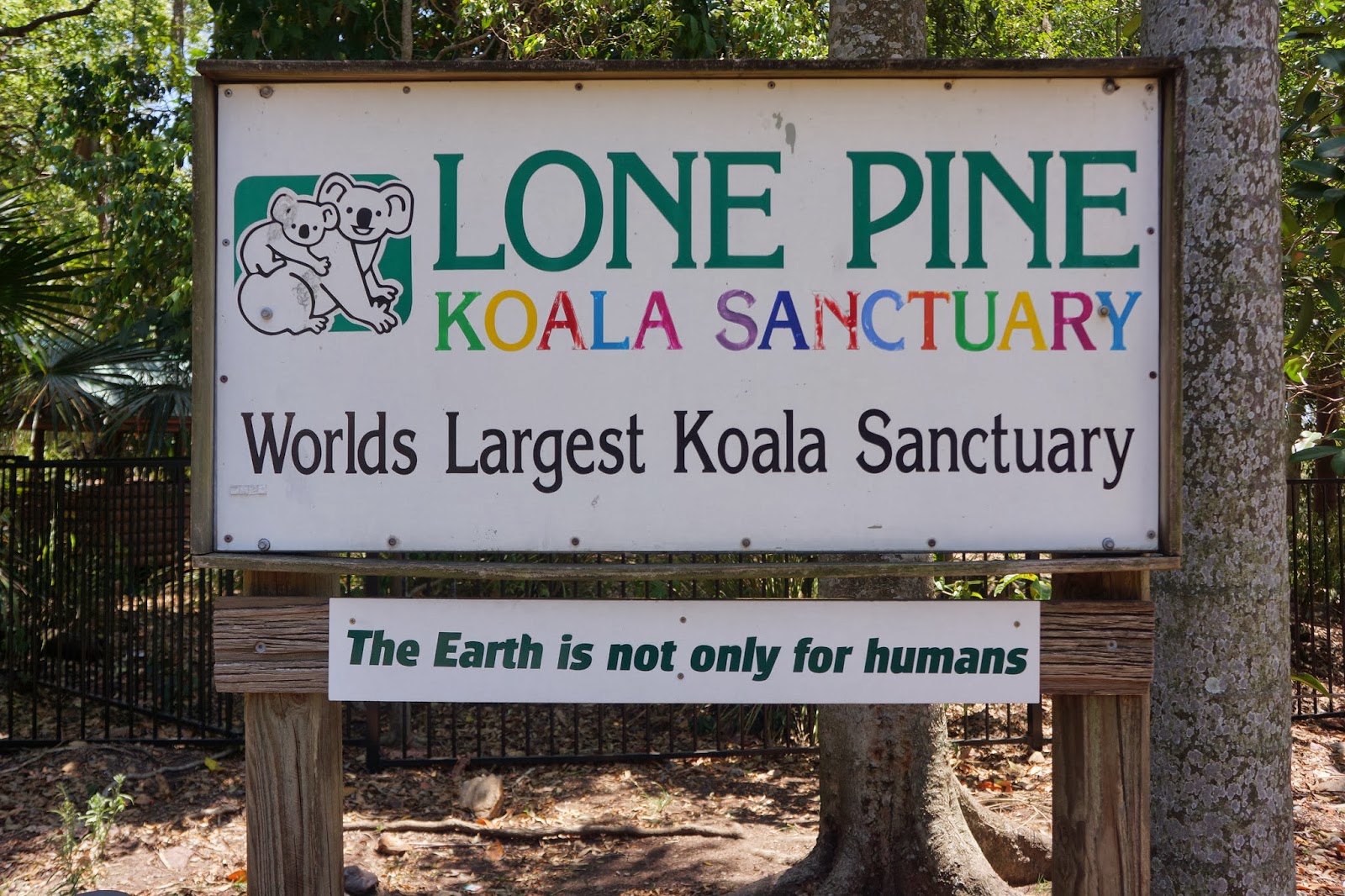 At Lone Pine, we had an opportunity to interact with all kinds of animals.  The first animal I wanted to hug was a koala.  Mission accomplished! 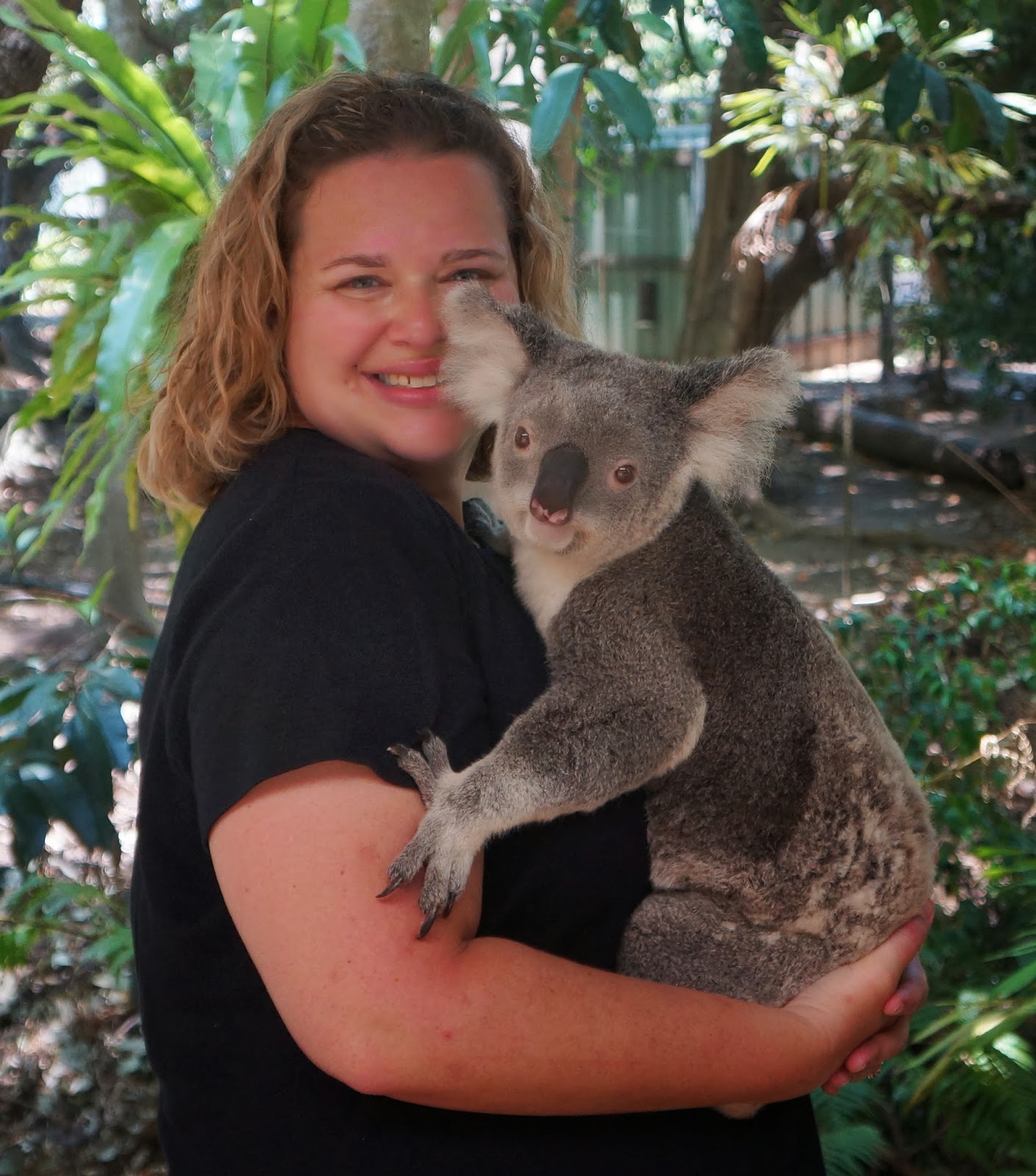 In an effort to protect the koalas, each animal could be held for 30 minutes per day maximum.  They had large, woody areas where the animals could chill out.  This koala looked pretty comfy in Chris’ arms. 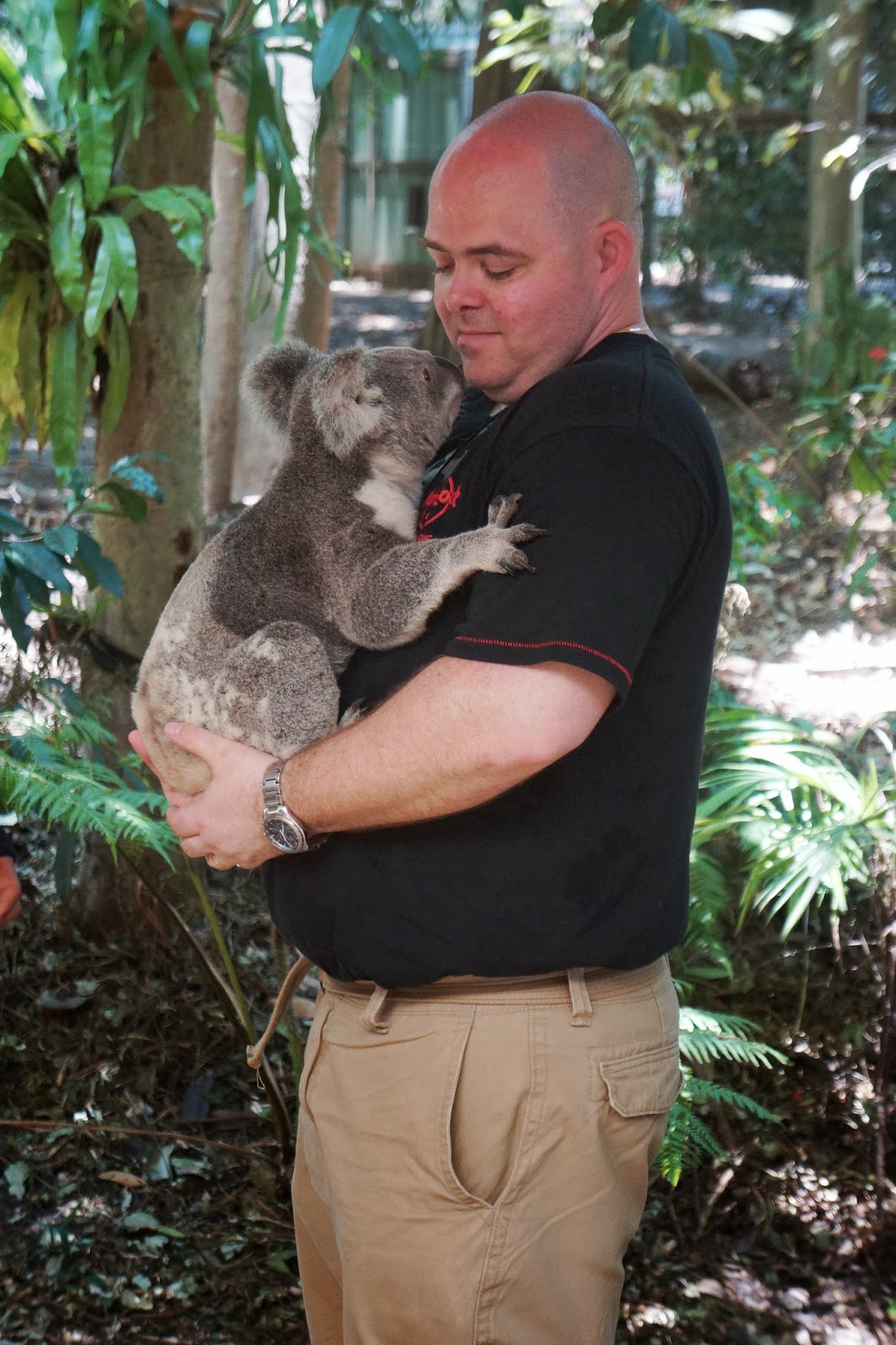 We also made friends with a dingo, 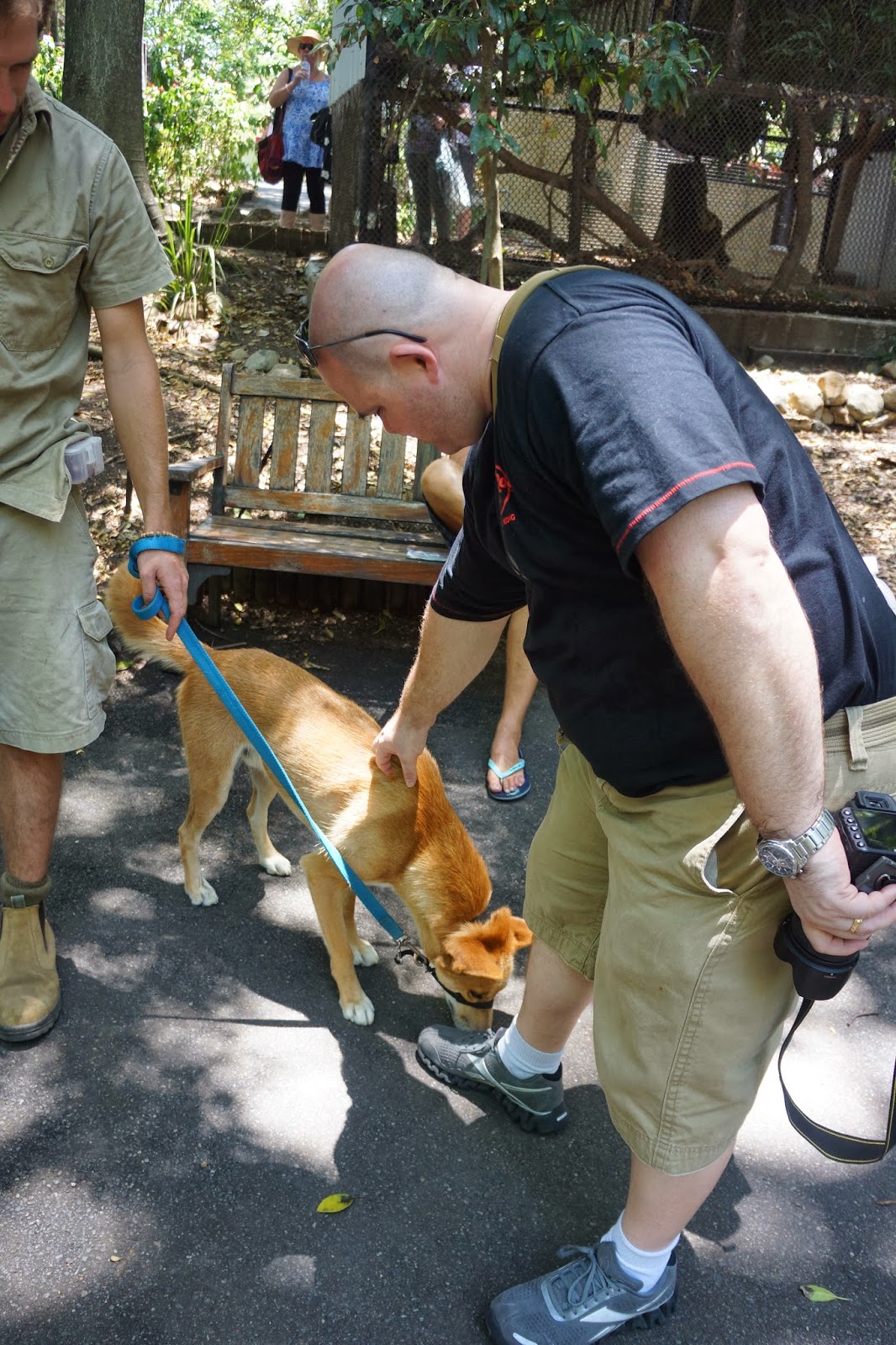 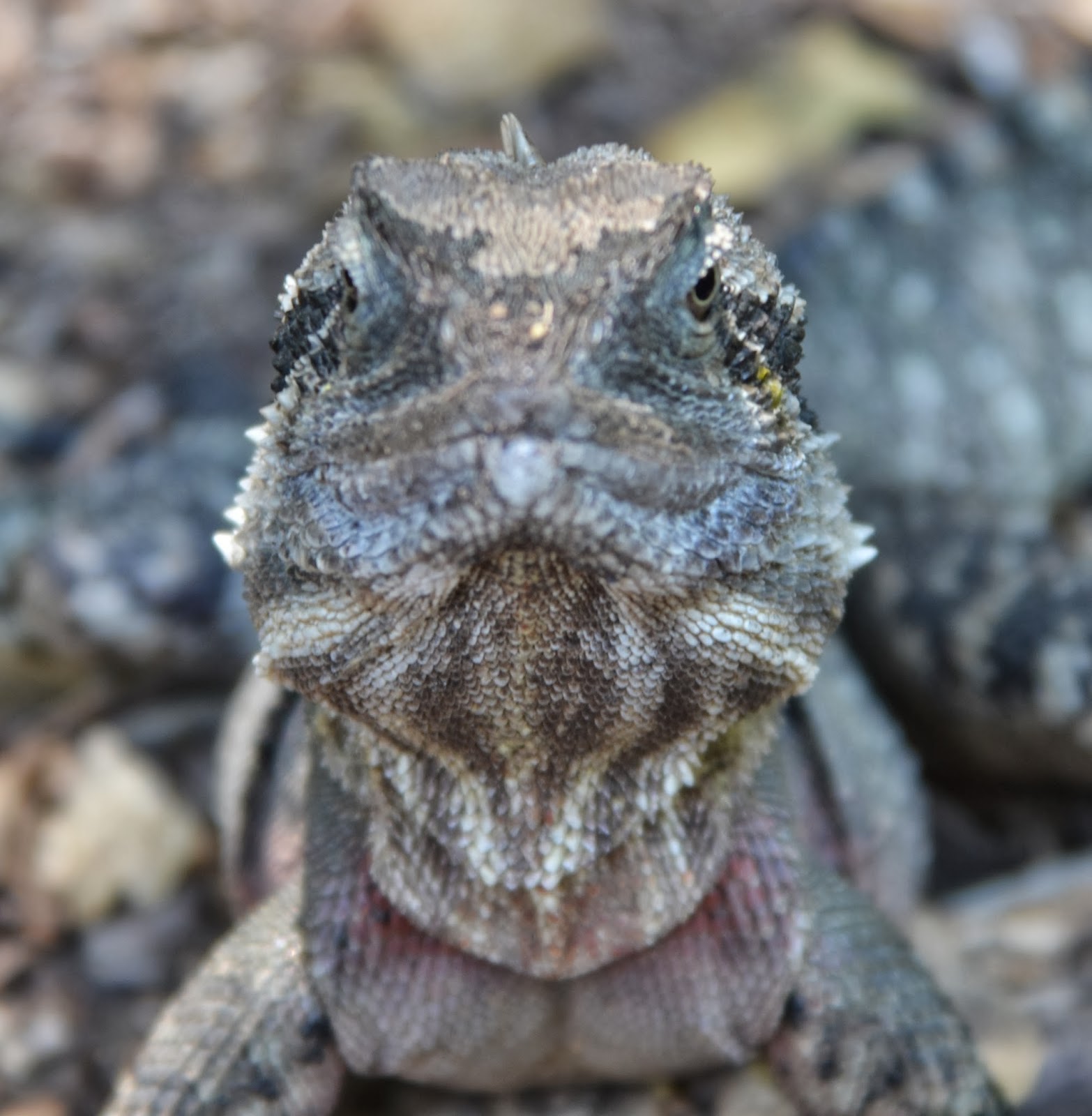 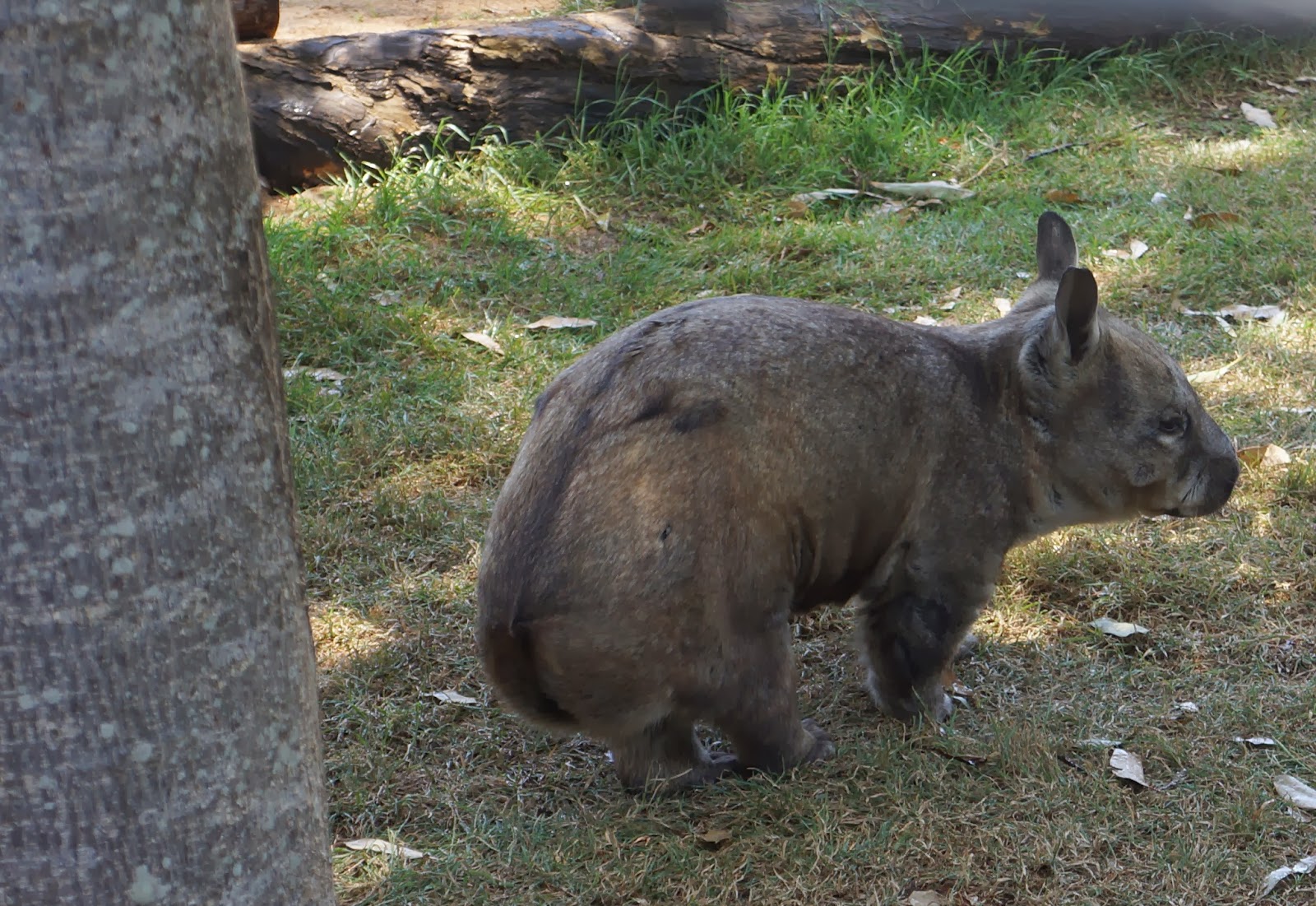 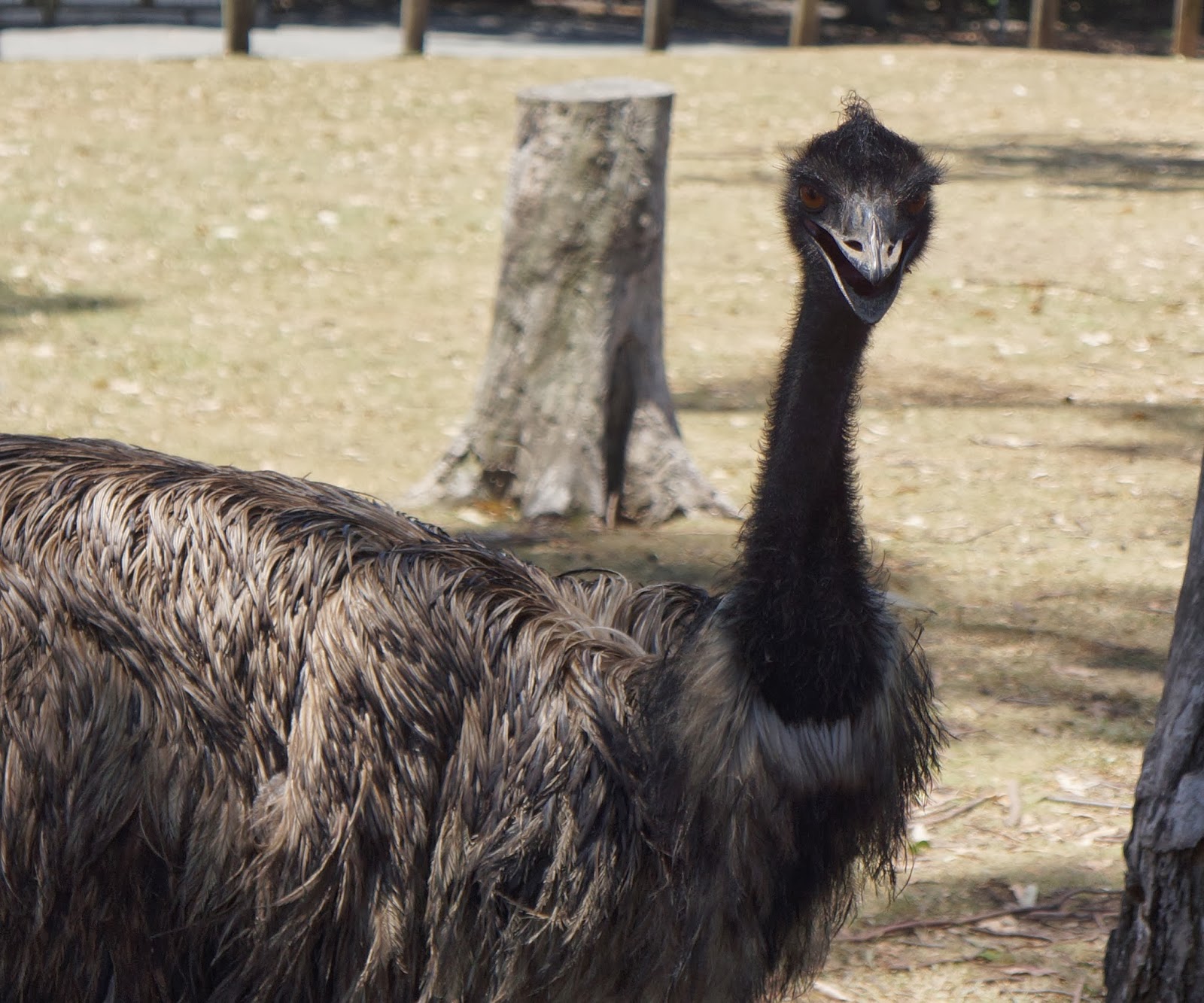 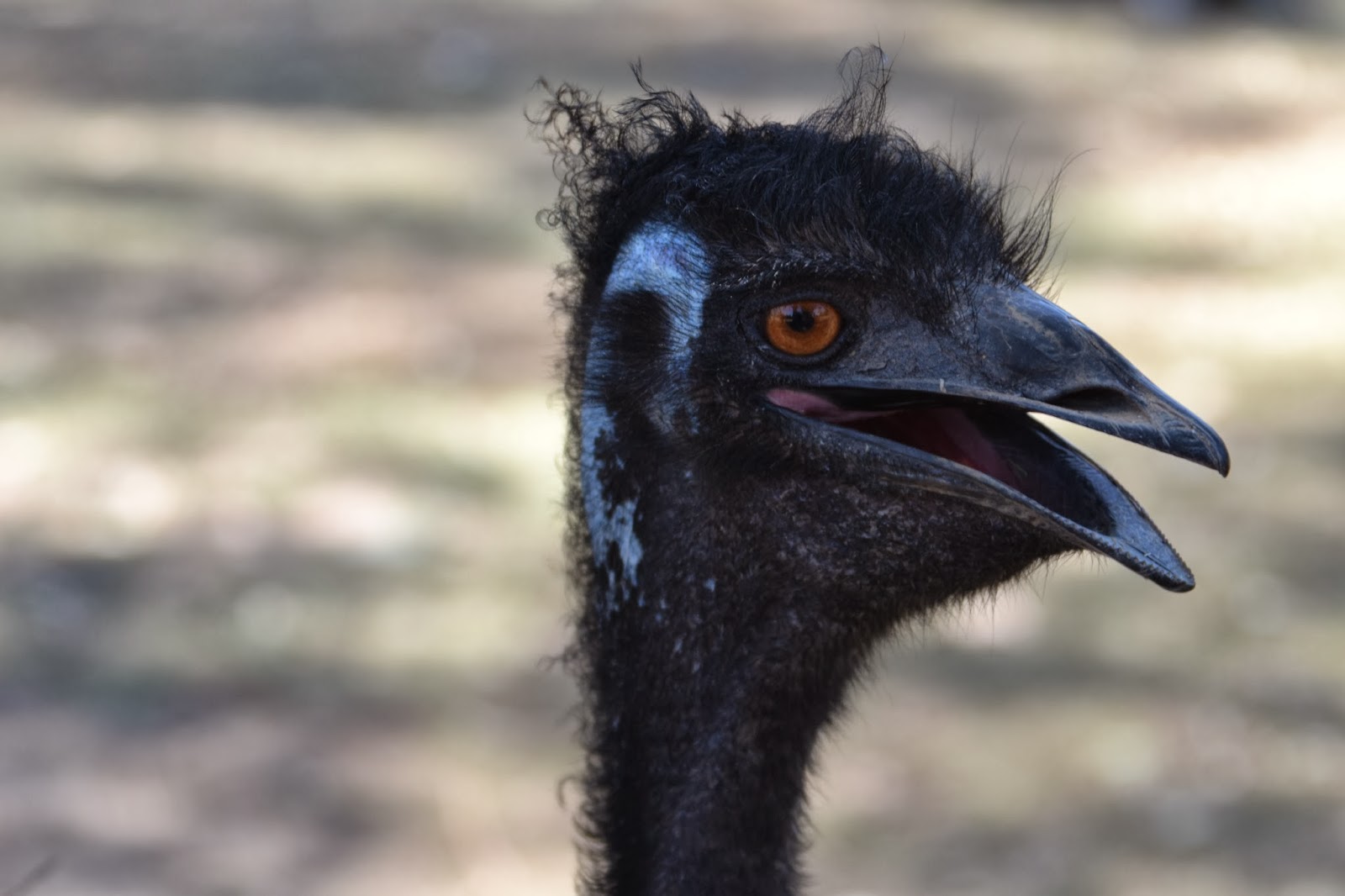 The sanctuary even had a kangaroo reserve!

We got the opportunity to feed some kangaroos and their joeys! 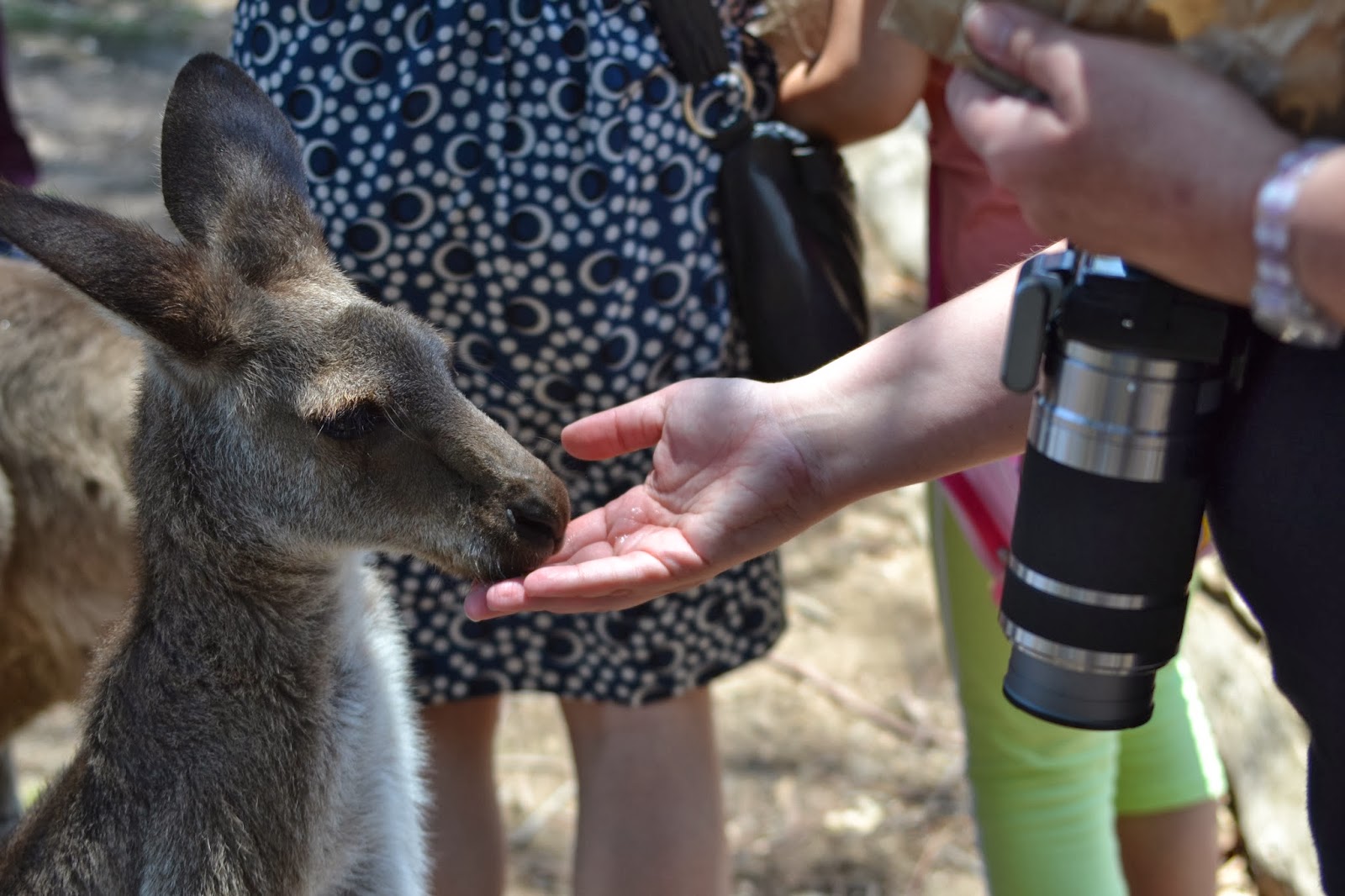 The tame kangaroos were obsessed with licking their arms and paws. 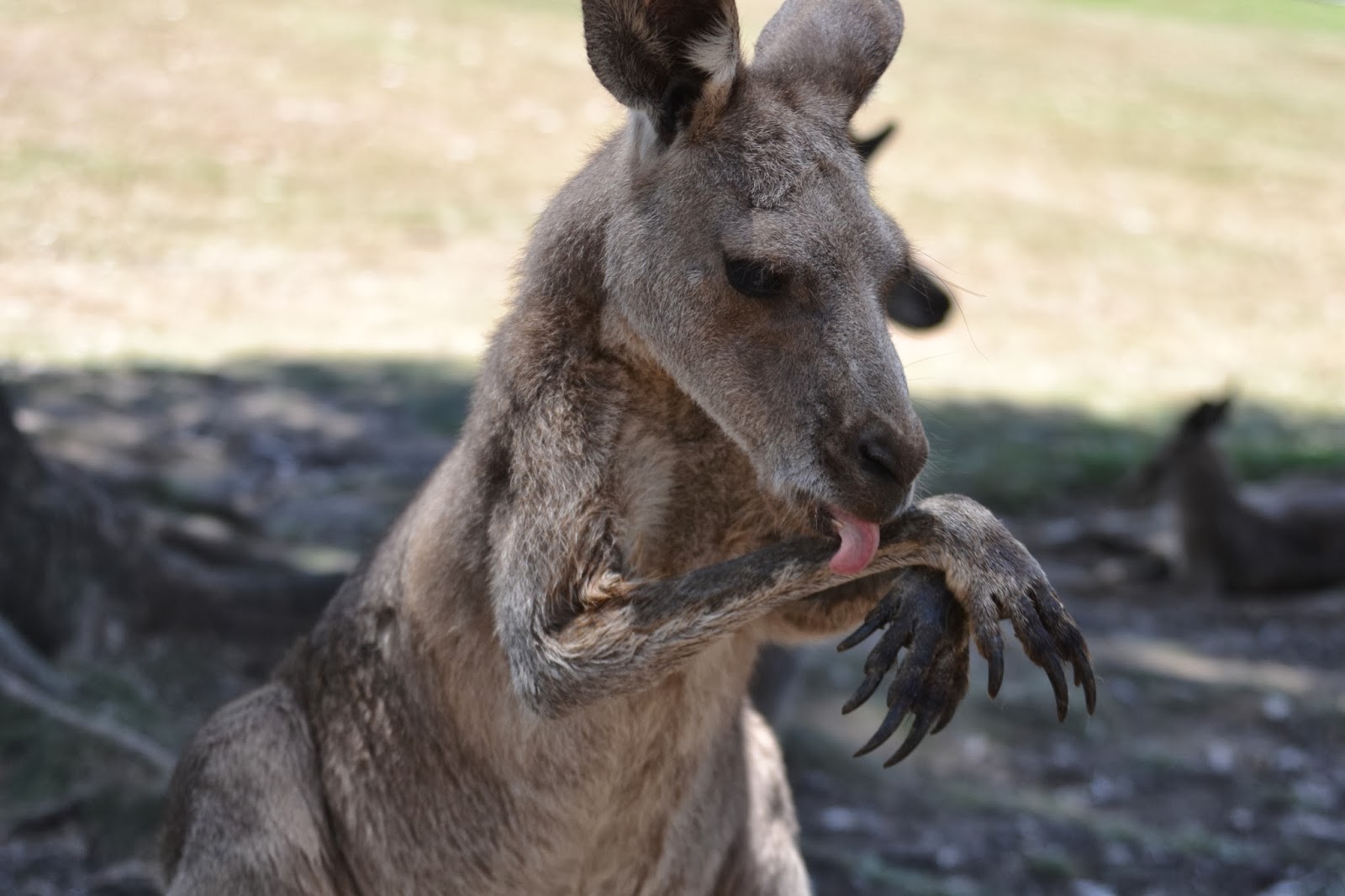 While the mamas and their joeys were incredibly cute, 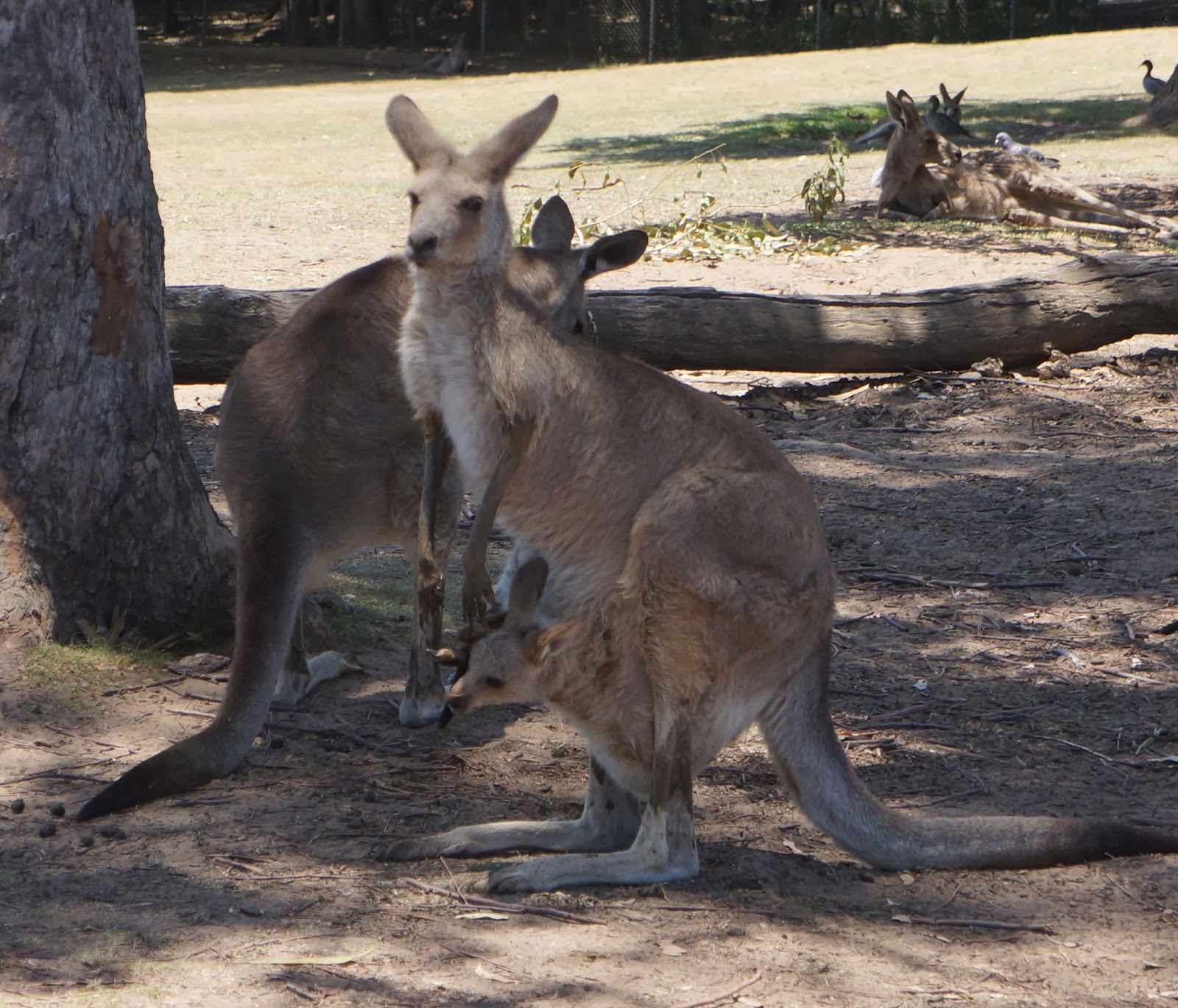 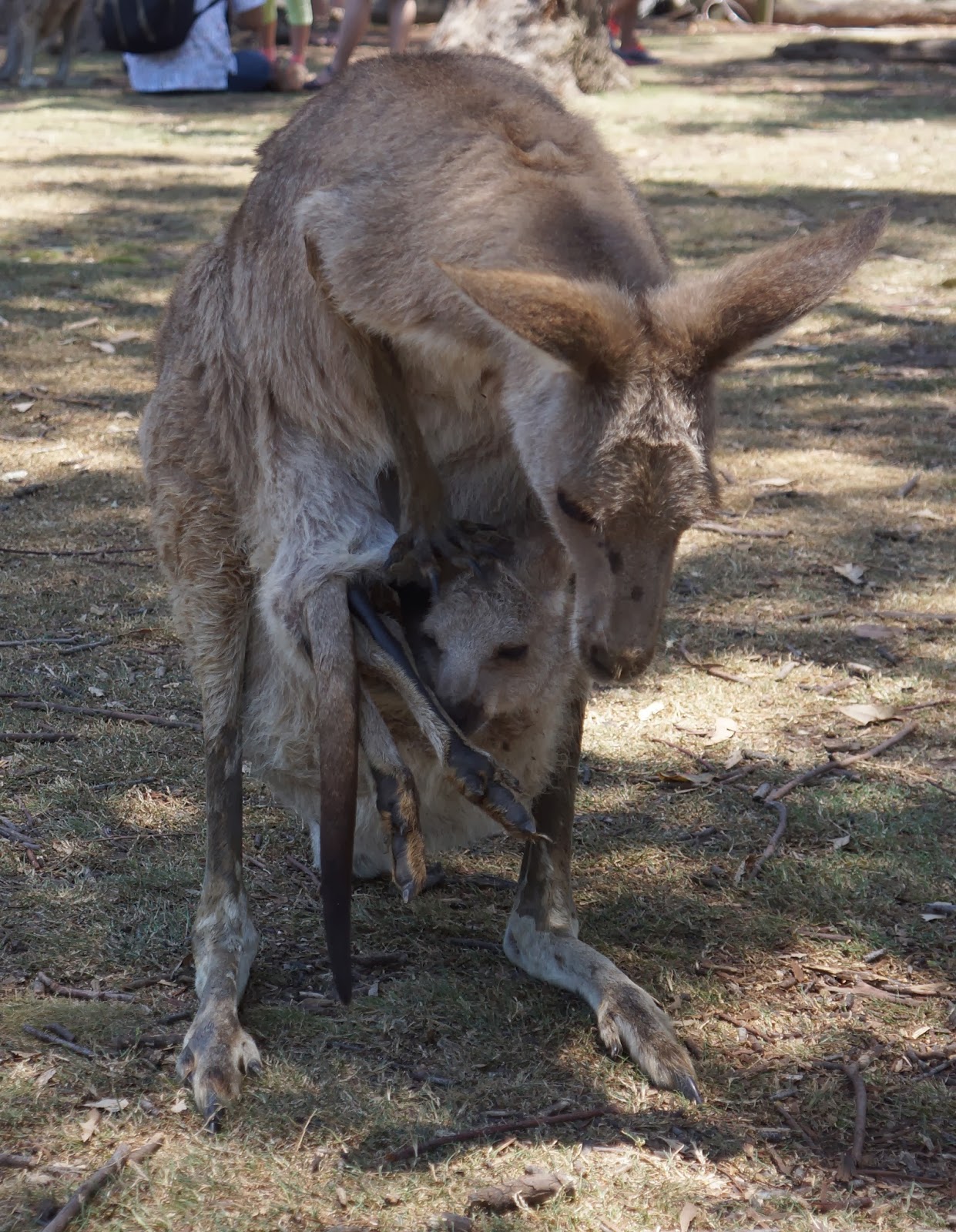 Sometimes they gave me the heebie jeebies. 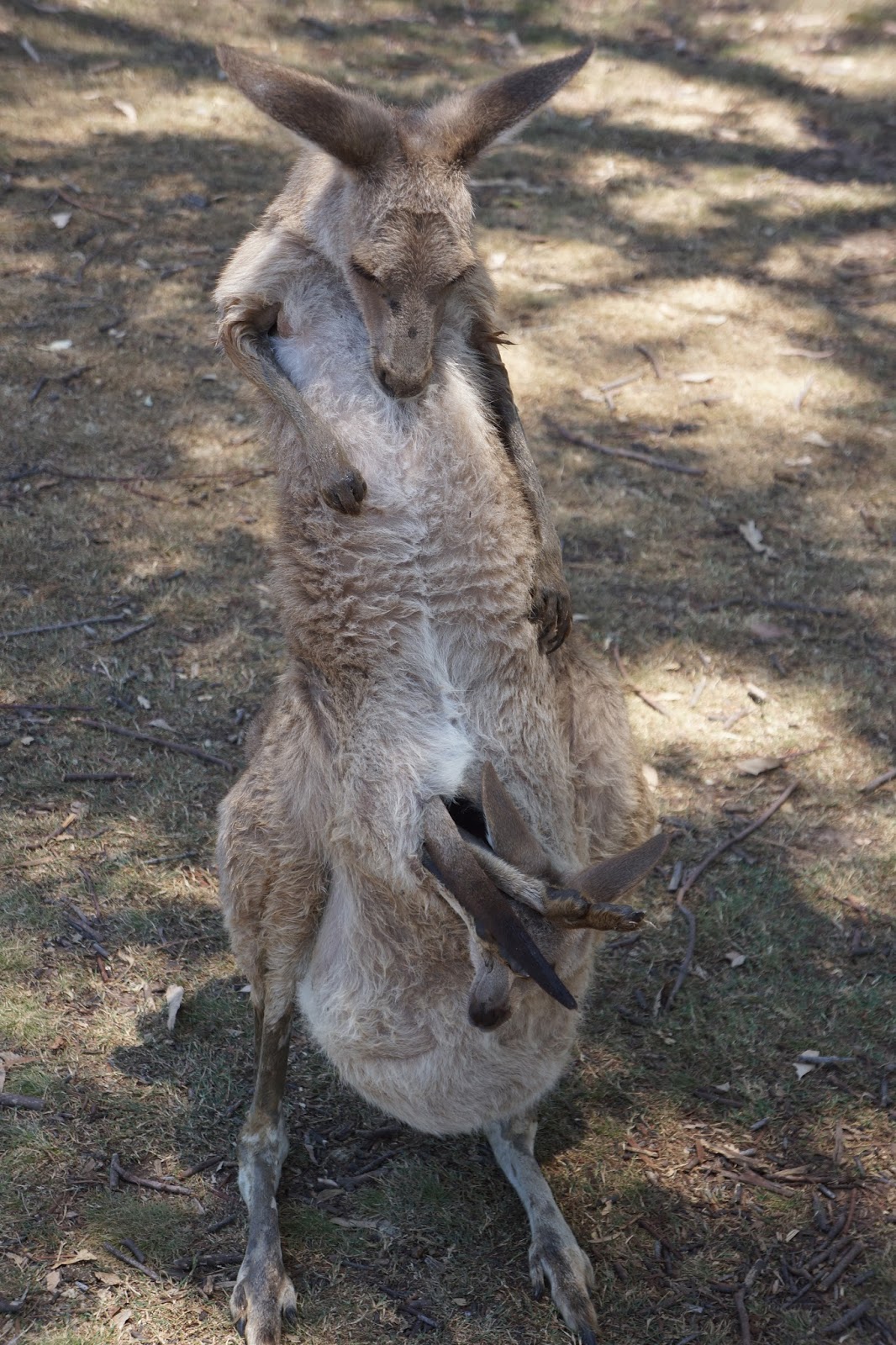 The joeys would crawl in and out of their moms’ stomachs. 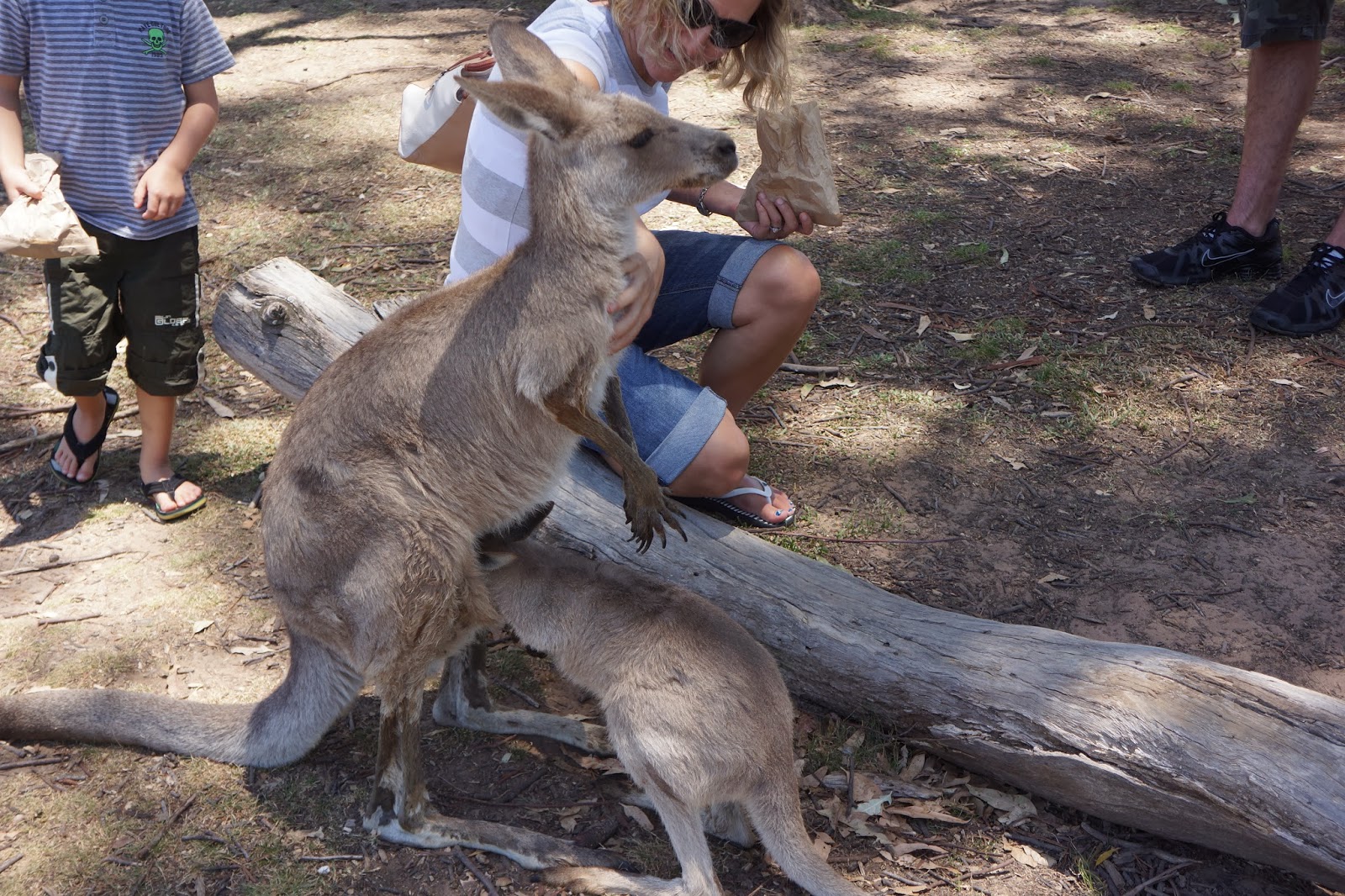 After they were fed, mama and joey were ready to take off! 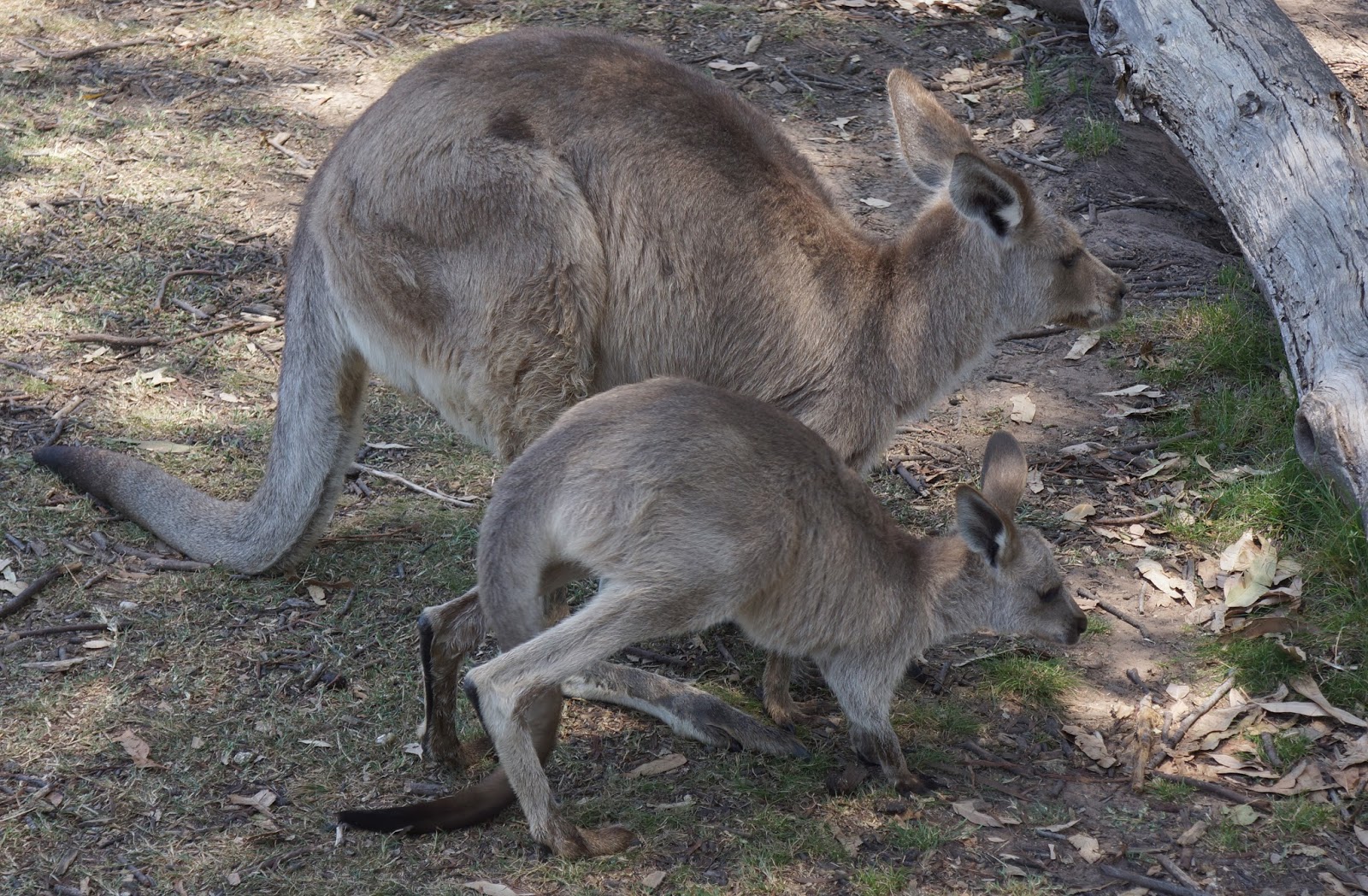 At the end of the day, we felt like this guy, so we cruised back to the hotel where we prepared for our trip to Cairns! 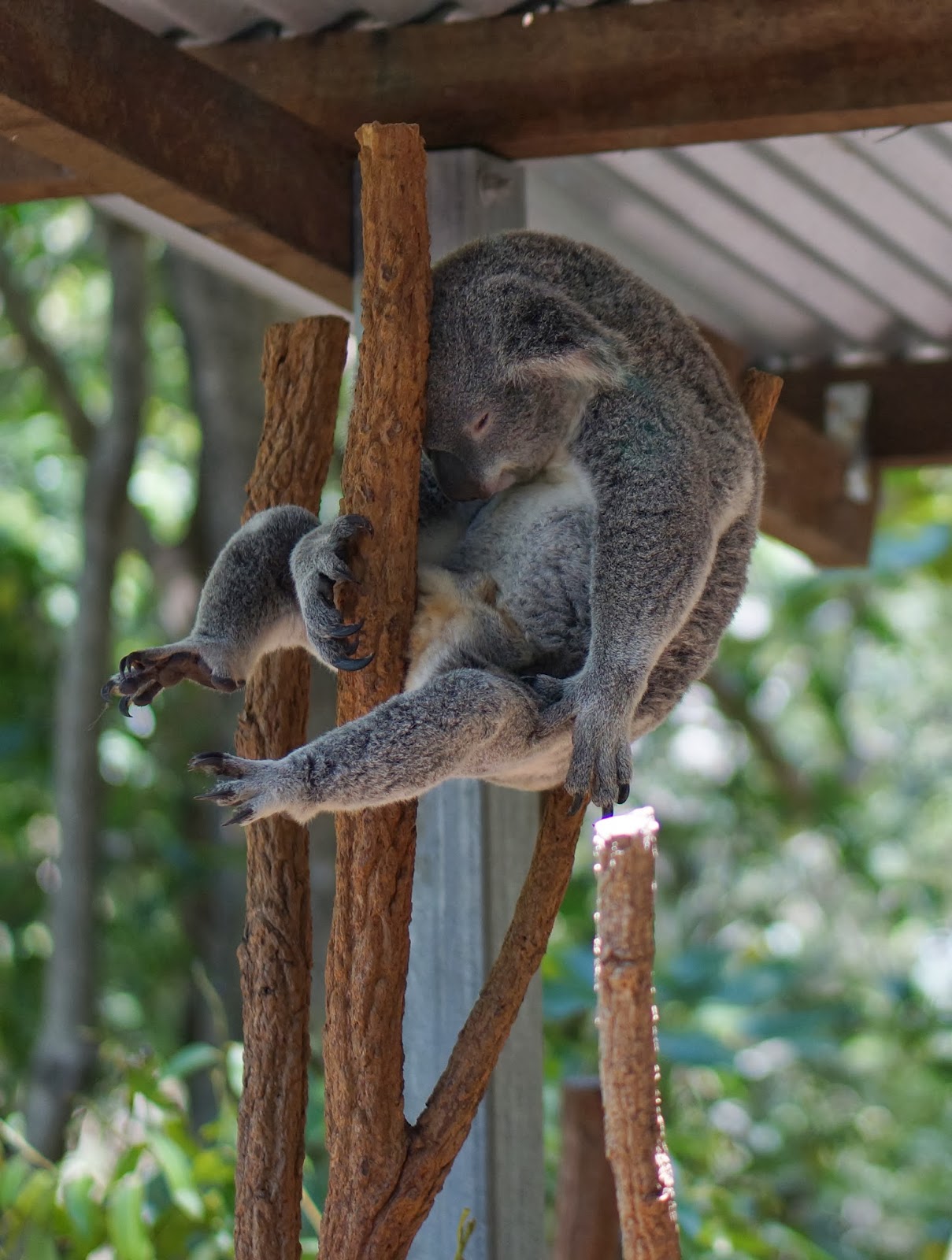