As a society, Chinese people are health nuts.   When I walk to school, I often find people of all ages working out in the park.  In schools, students perform well-choreographed aerobic routines between classes.  Health education is embedded in the culture.
Sometimes, a few people take it a little too far.

Yesterday, Chris and I decided to give our cab drivers a rest and take the Metro to Joy City.  About 3 minutes after we boarded the 9 train, we heard a metallic thud. Chris spurted,

“Ouch.  That had to hurt.”  We both turned our heads to witness one man’s quest to stay fit on the Metro, better known as Metrobics.

His routine was quite interesting.

He started by jumping up and down.  The train came to a stop at the next station so he laid down for a little stretching.

He then arched himself into a bridge position. 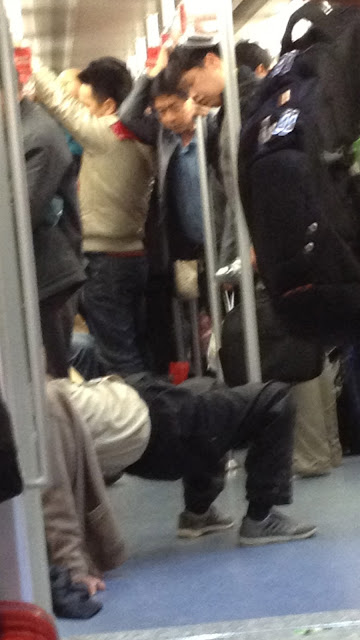 Then he did a few arm circles. 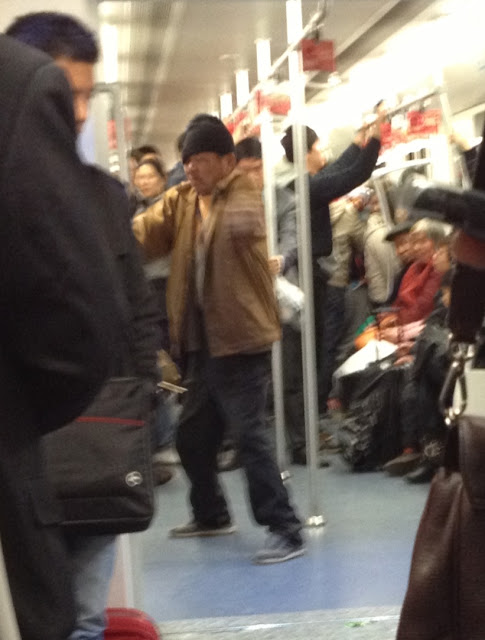 Then the man flailed his arms and jumped up and down a few more times. 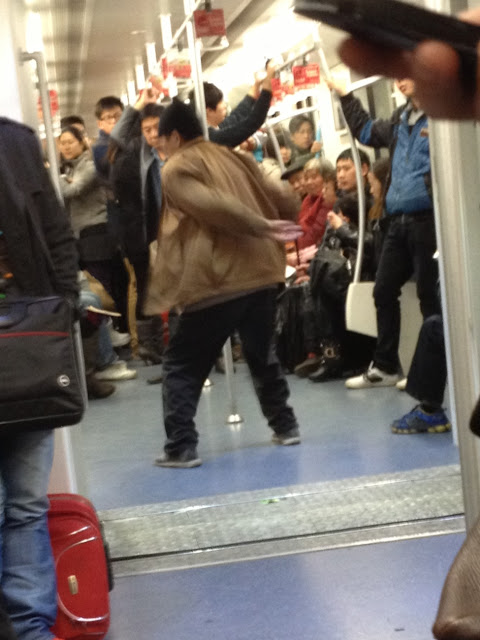 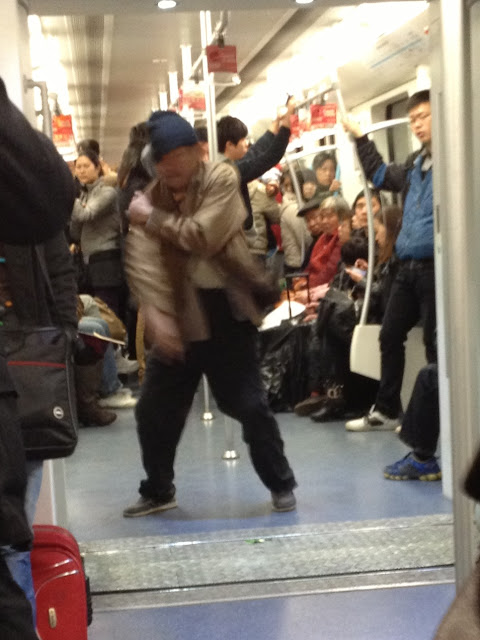 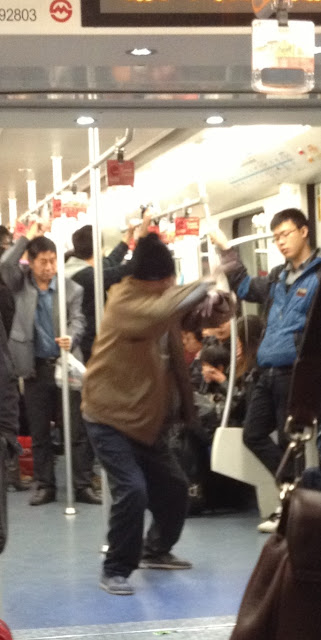 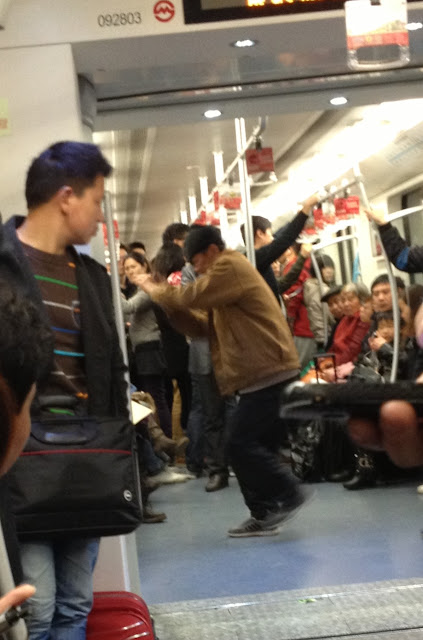 He then added a few Tai Chi poses and a couple of “Aiya’s!” to his routine. 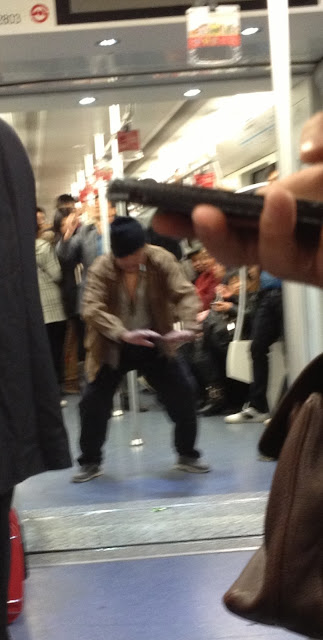 When he was finished he announced,
“Lujiabang Lu.”  (the name of our train station).

That was the end of the Metrobic workout.

I don’t believe I will be participating in this fitness craze anytime soon.
Posted by Anne-Marie at 8:05 PM